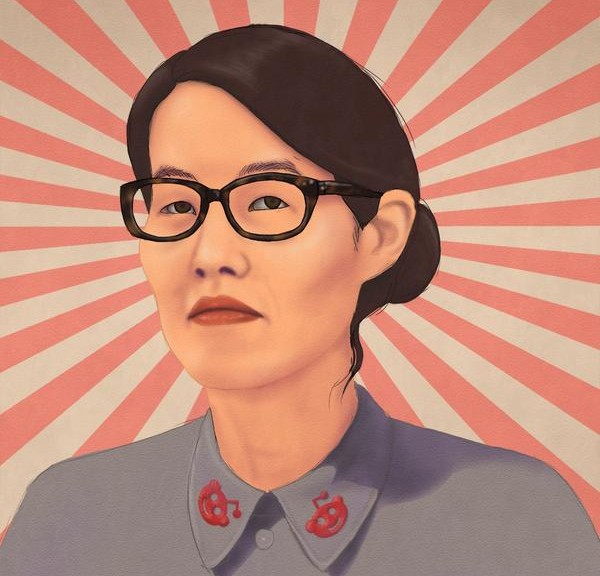 I’m getting off Twitter and Facebook. I want to talk about why. It’s going to take a while, I’m afraid, but I’ll be doing it in, not easily-digestible perhaps, but step-by-step chunks.

I’ve felt for a long time that there were some real problems with what’s happening with the Internet, and they manifest most obviously in “social media”—which I believe, thanks to a combination of misdesign, mistaken beliefs, and the active exploitation of those factors by, roughly, the Worst People In The Entire World, is actually “anti-social media” more and more frequently.

I refer you to Reddit, where the female CEO was just thrown under a bus for a decision that was forced on her, and in terms that were misogynistic, racist and vile beyond belief—the featured image (depicting a Chinese-American woman in what looks like a North Korean uniform in front of a World War 2 Japanese battle flag) is a very mild example. In its efforts to reform itself, the new CEO has come up with a scheme whereby Nazis, racists, and trolls of all persuasions will be provided with an ad-free, subsidized platform, a “basement”, if you will.

As Chuq von Rospach has observed, running an online community is like running a sports bar. If a pile of bikers come in and start getting rowdy in the basement, you’ve got two basic choices before you: you can either toss the bikers out, or you’re running a biker bar.

I’ve written about data-mining the GamerGate “controversy”, and I have some distinct opinions about it. Whatever this “movement” or “hashtag” or “consumer revolt” or “independent individuals” claims to be about, it’s associated with a lot of harassment, and in fact, that’s documented in a study by Women, Action, and the Media.

The study collected a number of harassment reports, and among other things, checked the allegedly harassing IDs to see if they happened to be on a “GamerGate blocklist” created by Randi Harper. The blocklist is totally simple-minded: if an ID follows more than two of a small set of IDs involved in GamerGate and known to have harassed people—one example was Slade Villena, who was banned from Twitter for making death threats (but who turned around and immediately set up a new ID, despite this)—you’re on the blocklist.

(This is only one possible approach, but it seems to work surprisingly well. A different approach to generating a blocklist is described here, with some Python to fool around with.)

Despite this, close to one in eight, 12%, of the harassment reports in the study were linked to IDs on the blocklist. Why is this significant? As I’ve said, the blocklist is a very broad brush. GamerGate, en masse, can’t possibly represent more than 0.01%, one-ten-thousandth of the population of Twitter. The biggest estimate I’ve seen from anyone involved was a frankly absurd 170,000. That’s one-one-hundred-thousandth, 0.001%, of Twitter’s active user population of about a quarter-billion users. But let’s go with an estimate of 1.7 million GamerGaters on Twitter.

Let’s further assume that the WAM! report overstates the involvement of GamerGate in harassment in general by an order of magnitude. That would mean that GamerGate was involved in, not twelve percent, but only 1% of overall harassment reports.

This winds us up in a situation where one user in ten thousand is generating one harassment incident out of every hundred. That is two orders of magnitude out-of-kilter, one hundred times as many reports as one would otherwise suspect, all other things being equal. And that’s giving GamerGate the benefit of significant doubt, both in their numbers and their involvement.

(For contrast, the worst case, taking the unrealistic-but-smaller 170,000 estimate of GamerGate’s size and sticking with the 12% incidence of involvement, you have 1/100,000th of the user base generating a staggering almost an eighth of the harassment reports, meaning they’re creating ten-thousand times as many harassment reports as you’d expect.)

Houston, we have a big problem here. The WAM! study understates their findings here by noting that 88% of the reports they studied were not associated with GamerGate—a factoid you’ll hear GamerGaters happily quoting—but not noting the disparity between likely population size and likelihood to be tied to a report of harassment. You can download a copy of the full WAM! study from here.

The Internet is broken, the trolls are in control, and GamerGate is only the most recent manifestation. The facts pretty much make it clear that, rather than having anything to do with ethics, journalistic or otherwise, GamerGate is a Chan “op” that was simply a lot more viral and successful than their previous attempts, and it built on their successful “#EndFathersDay” troll.

So, back to where we started: I’m getting off Twitter because GamerGate finally decided to make the harassment personal. I’ll get to the specifics of that in the next installment.

6 thoughts on “The Internet is Broken: An Introduction”